BizonBox is a Thunderbolt enclosure for PCIe videocards, assembled by Russian company Bizon specialising in selling Hackintoshes and hardware upgrades for Macs. I had a chance to get my hands on one of these devices. 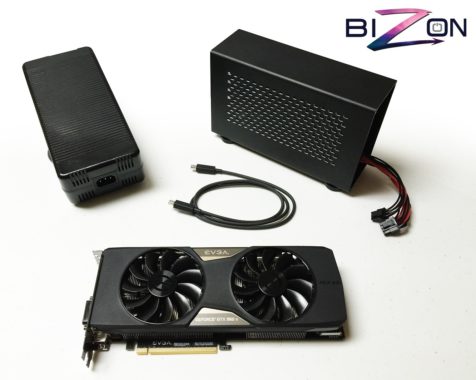 This entry was posted in Journal and tagged egpu, gpu, mac hardware, macos. Bookmark the permalink.