Does Adobe Illustrator use CUDA or OpenCL for GPU acceleration?

Probably neither. If someone tells you otherwise, ask them to back up their claim.

Nowhere in the official documentation does Adobe mention CUDA or OpenCL support. Not in the Illustrator-specific article on GPU performance, neither in the system requirements.

Adobe only mentions that Illustrator CC 2017 and its predecessors use OpenGL on both macOS and Windows: 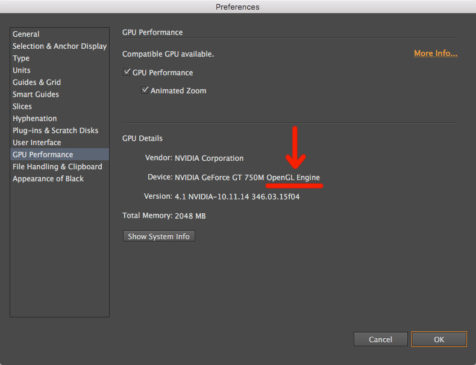 For the 2015 release of Illustrator CC, GPU Performance is available for both Mac OS and Windows, and it works with various GPUs. (Source).

This entry was posted in Journal and tagged adobe cc, gpu, illustrator. Bookmark the permalink.